Update:
Denver Rotary Club Southeast Chuck Bahr Spoke with us about an International Water project that could use our help financially. They are also looking for volunteers that would like to travel to the site. If interested, please contact Chuck by email: [email protected]

Beginning in 2004, Aurora Rotary Club partnered with other 5450 Rotary Clubs to install a potable water system for the tiny village of San Leon, a remote community in the Andes mountains of north-central Peru.  With lots of hands-on help from CU engineering students and Engineers Without Borders(EWB), we funded the drilling of a successful water well, and the installation of a new water system for about thirty families that had been carrying water to their homes from springs for many generations.  The well and the water system are still working well today.  In 2013, during a personal visit to San Leon, I found it was necessary to replace one of the large storage tanks at the San Leon wellsite; my family paid for the tank replacement on behalf of ARC.  From personal experience, the water at San Leon is as pure, and tastes as good as prize-winning Aurora City water!

In 2009, Aurora Rotary Club joined with Estes Park Sunrise and the Torrington (Wyoming) Rotary Clubs to undertake a large water project at the remote village of Llacamate in the Peruvian Andes, not far from our previous project in San Leon. This project was more complex, involving the design of a pipe system to bring water to the village from a permanent mountain spring more than a thousand feet higher in elevation than the community. It involved the design of pipe-bridge river-crossings over an intermittent river canyon (carved by) unsanitary water, and the installation of pressure-relief stations to accommodate the drop in “head” due to such an elevation difference. Funding for this project was provided by the three “lead” clubs, and several other Colorado Rotary Clubs enlisted by ARC, assisted by an RI grant. The EWB student chapter at CU and their faculty advisors, working at the site over several weeks of bi-annual visits, helped the local community install the system. A few Rotarians also helped with the labor, and the training of community members in the eventual repair of the system, The work was complete in 2014 and won acknowledgment as one of the six best EWB student-chapter projects in the world.  Even today 30 local families have clean water at their doorstep; they are no longer carrying dirty water to their homes. ARC then-president Debbie Lynch was a prime-mover in funding this project. At a local celebration just after the EWB award, ARC presented every one of 24 student chapter Llacamate “veterans” with substantial personal plaques in recognition of their humanitarian work. Llacamate Water has been so successful that the community has had to deal with the unexpected problem of other mountain families that want to move to the village because of the ample, pure water supply.

In 2013 ARC began work with the Denver Professional Chapter of EWB, to design, fund and install a water project like Llacamate (Peru), this time at the remote village of Guantugloma in Cotopaxi Province, Ecuador.  Guantugloma is a primitive Andes Mountain village of about 40 families located about 50 miles from the famous Cotopaxi Volcano.  It is accessed by 40 miles of primitive and (almost impassable) road. ARC was the primary funding resource for this $ 100,000 project, thanks to generous gifts from our own Club members and a substantial gift from First Plymouth Church Foundation (Englewood, CO).  A global grant from RI also helped pay the bills.  We are thankful for the support of five other Colorado Rotary Clubs as well, and the cooperation of the host Club in Latacunga, Ecuador. Although ARC members played a significant role in the design and planning for this project, the primary on-site “mover” at Guantugloma was Mr. John Jankousky (Lakewood, CO), the EWB lead.  Jankousky and his team made seven 10-day trips to Ecuador, (1) purchasing and transporting construction equipment to Guantugloma from the nearest urban Ecuador center, (2) hauling materials and equipment up steep slopes (often by burrow), and (3) training the community members in concrete (tank) construction and pipe-fitting.  With the community members they built 10 large water-storage tanks, installed/plumbed more than 10,000 linear feet of (buried) pipeline, and protected more than 10 acres of catchment about the (contained) spring source. This work went on with ambitious community support from 2014 through 2017, at the significant expense of personal vacation time and weather-related hardships. Guantugloma was officially completed and dedicated with international recognition early in 2018. ARC takes pride in its support of EWB in completing this project, and we acknowledge the sacrifice, leadership, and dedication of Jankousky and his colleagues.

Today Guantugloma residents have clean spring water at their doorsteps, a local water committee, trained and motivated to maintain their system, and a secure local warehouse collection of plumbing parts that might be needed for eventual repair.  The international EWB organization points to Guantugloma as one of its prime, large-scale projects worldwide.

While ARC appreciates the financial support of Rotary International and the Rotary Foundation in funding these projects, we recognize with sincere gratitude the more significant contribution of private funding resources, and funds from other Colorado Rotary Clubs.

Jim Rogers was the driving force behind these water projects.  He spent countless hours working with Engineers Without Borders to make sure all was in order.  We also want to recognize the contributions of many other Rotarians including Leo Beserra, Bob Barrows, Ken Hostetler, Linda and John Witulski, Chuck Cluster, Deb Neeley, Jerry Allen, Tracy Burt, Debbie Lynch, and Rob McGregor. 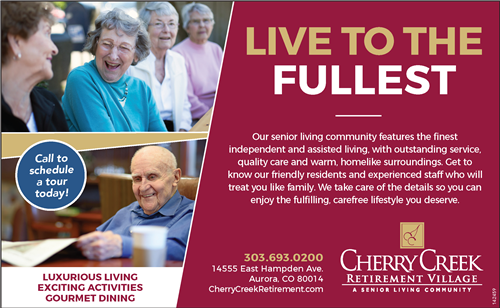